Linking up with Stephanie for Little Happies. (Stephanie, I'm more convinced than ever that I would love for LH's to be more than once a month, but I really will accept whatever you think is best! Also, very well aware that I speak as someone who hasn't had the time and/or wherewithal to be that on top of joining in the last few weeks.  But I WANT to join every week, so does that count??)

This is a fun week.  I thought about saving some of these for the next week, but then I thought, nope next week's happies can take care of themselves.  I'm just going to dump a bunch now, including some from previous weeks since I was not on top of it enough to get them in before.

Man, where to start? How about a photo dump? Because hiking always makes me happy! (If this was a showing in a gallery, we could call it "Doors, Flowers, and Mountains.") 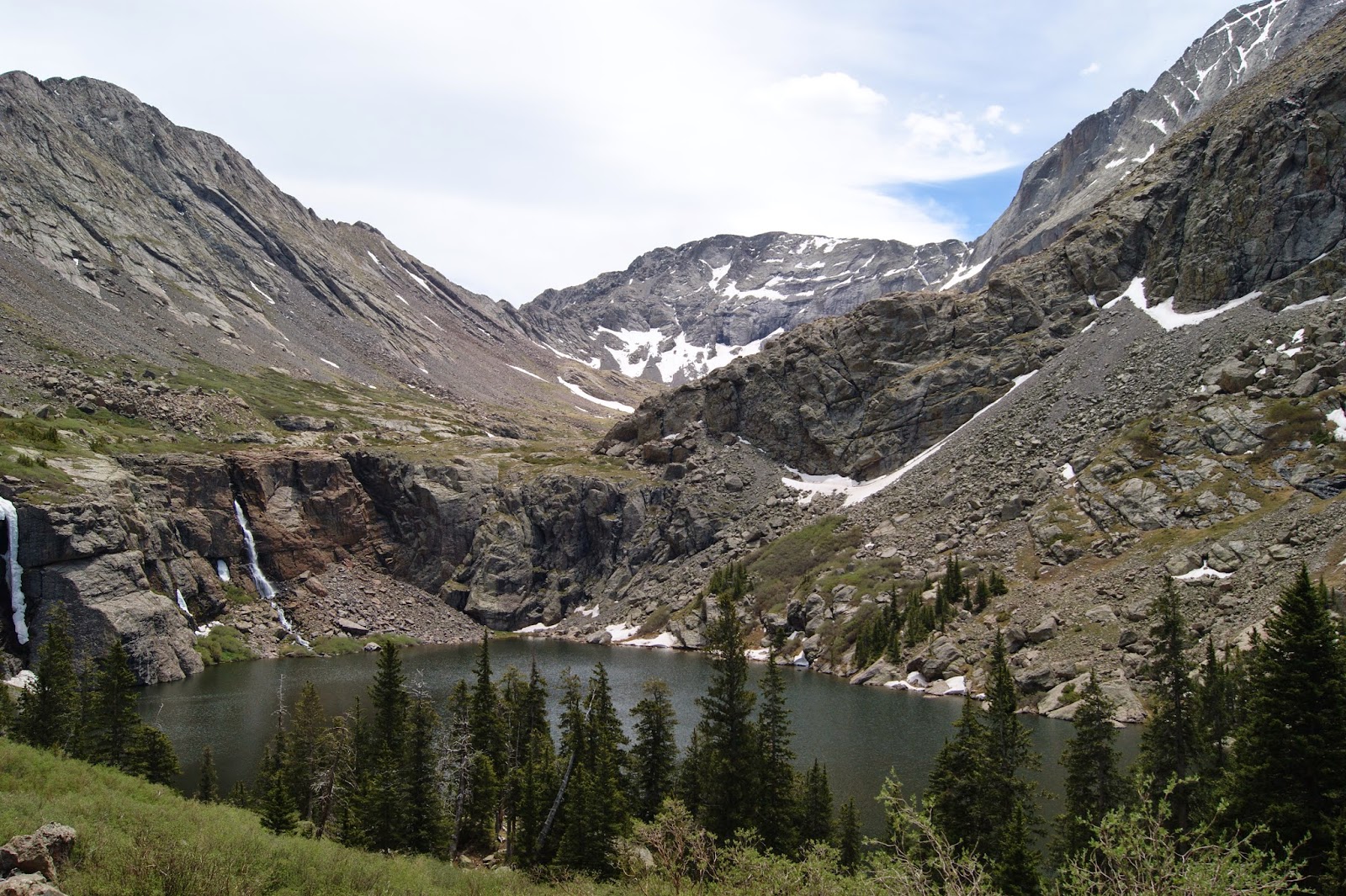 5)The wind on the mountain this weekend kept making me laugh. It was crazy intense and cold, but fun. We were doing a fairly mild hike up a wide, flat ridge, so I wasn't too worried about the wind blowing us over the edge, or we would not have continued on. (Our summit for the week was just above the snow you see on the top of the last photo. So we really did not want to get too close to the edge.) Anyway, it made me laugh, because when we got to the top of the saddle (lower place between two peaks), the wind was funneling through there. I leaned forward and let the wind hold me up, which it kind of did, so that was fun.  Then we were walking with it to the side of us, and when I would pick up my foot to take a step, the wind would blow it across my other foot! It only last for a short time until my brain figured out how to adjust for it, but it was funny while it lasted. Yes, I know there's something wrong with me for enjoying the elements that much when they are that intense, but there's just something about being out there in the midst of it that I can't describe, but absolutely love.

6) This week I pushed myself in the gym to the point that I almost wanted to puke.  When I felt like that, I smiled. You see, this week our instructor was on vacation, and I see myself as someone that doesn't work out hard at a gym. Which is silly, because I've been working out hard at a gym for months now, but always with someone telling me what to do. This week, I decided to prove to myself that I could work out hard with or without an instructor.  It was very exciting to me to reach that point. (The point of working hard, I wasn't trying to get to that point, specifically.)  I'm still really glad our instructor is back next week. It's much more fun that way and I can't imagine self motivating week in and week out at that level, but I'm really glad I had the chance for that day.

7) Some amazing greek yogurt that I've had recently.  I mostly avoid dairy, but I was trying to add back in just a little bit. My stomach wasn't totally thrilled with it, but it wasn't too bad as long as I don't eat too much of it. I found this brand that tasted absolutely amazing! Totally worth it!

8) Kind of a big happy: My car sustained some cosmetic damage a few weeks ago! I am SO excited! Not because of the damage, but because I took it in to get an estimate and they cut me a check. I'm definitely not getting it fixed; the car is getting oldish and has a lot of miles on it. Some people have said to me, "Oh, so it's not that noticeable, huh?" Who really cares? It's noticeable all right, but I'm just going to say it adds character. So what if that character has a distinctly ghetto vibe? At the end of my life, I'm going to love that I drove a dented car and treasure the fact that it financed a trip to visit a good friend of mine. Who lives in Europe.

Yep. I'm working on the details, and it'll be a little ways off, but it's going to happen and I can't wait! :)