Ugh.  Ugh, ugh, ugh.  I am trying to shake off the truly awful movie that I just watched.  I didn't want to watch it when it came out, but that was years ago and I forgot why I didn't want to see it.  Then a coworker loaned it to me and was SO excited for me to see it (partly because of the gorgeous settings).  So, I watched.  It was dark, and depressing, and awful.  The only thing I liked about it was the scenery and the ending.  The ending was awful, too, but it meant that the thing was finally freaking over. But this coworker really likes it, and will want to talk about it tomorrow.  It's going to be pretty obvious that I hated it. I'm not good at hiding my feelings.

But I didn't come here to talk about that.  I came here because it's Thursday, and I'm still trying to do seven posts this week, and I have a picture of a fence, so I thought I'd join Theme Thursday.  Actually, I have several pictures with fences in them, but I chose this one.  Because I like it. 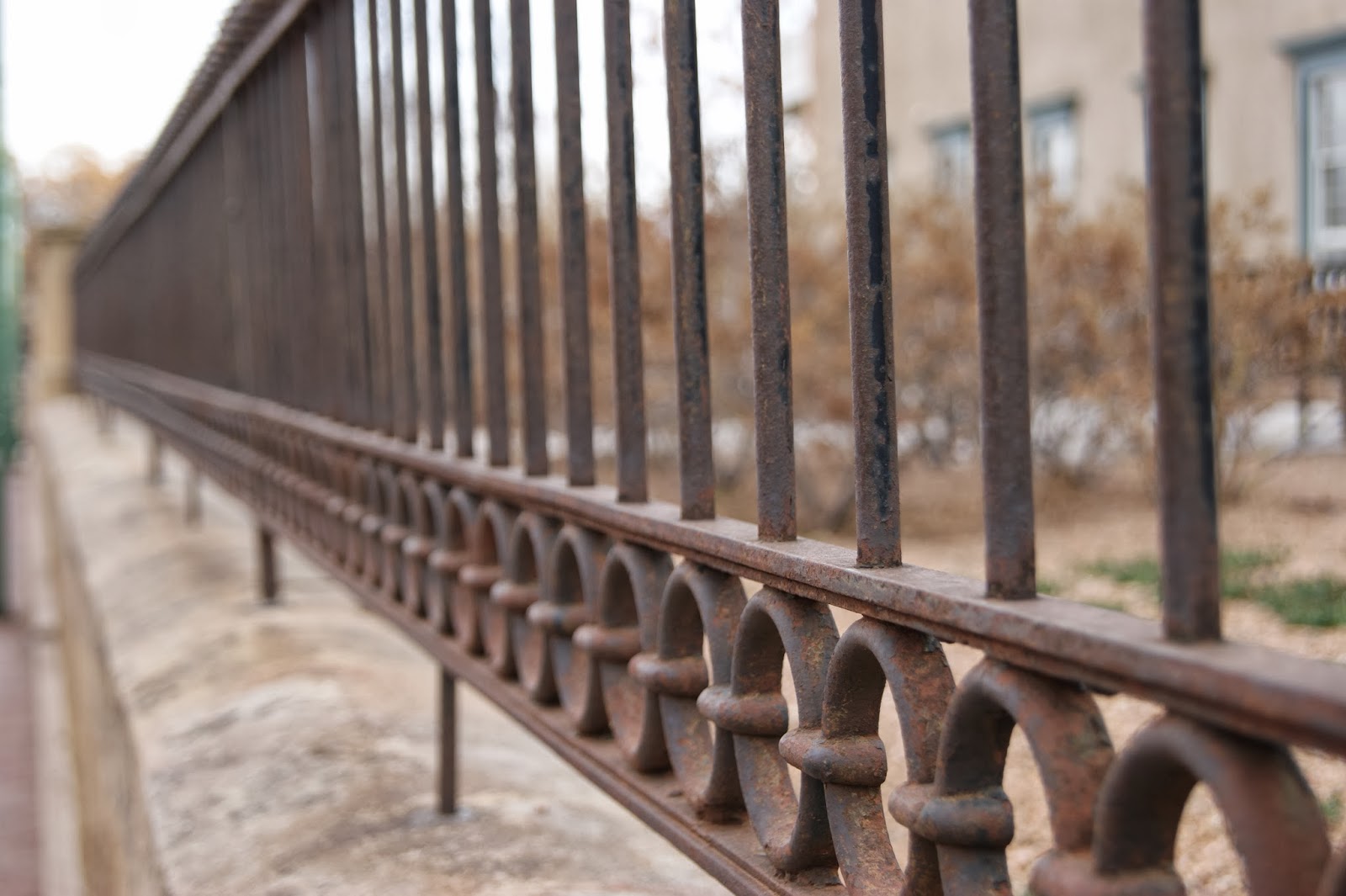 It was taken a couple of years ago on a trip to Santa Fe. I don't have much to say about it, I just liked it.

I would love to write more, but I need to go.  I have a goal of making it to confession before Lent starts... Which basically means that today is my last chance.  I also need to pick up some gluten free pizza crust, because I am craving some pizza.

Is anyone else ready for weekend?
Posted by Catholic Mutt at 3:12 PM