Just for the Halibut... 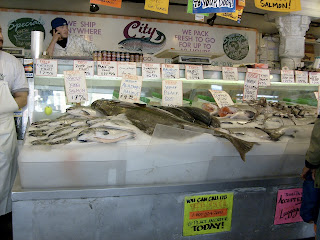 Something happened today.  Something, well, inconsequential to tell you the truth.  I was getting some enlargements of photos for my parents, and they're cheaper than I thought they'd be.  It made me decide that I'd like to do a giveaway.  I searched for a good reason for a giveaway, but couldn't come up with one, so...
In honor of the mundane...
In order to break up the day to day a little bit...
Because you guys are awesome...
Because, frankly, I'm proud of these...
Because I want to...
Here is the giveaway:

The winner will get to pick between:
One 11x14
OR
Two 8x10's
OR
Three 5x7's
Now, there are some terribly complex rules for entering, and I'm only going to say them once, so pay attention!
1) You have to want at least one of these pictures.
2) You have to leave a comment.
ALMOST everyone is eligible.  The only people that are not eligible are those that read this blog who are also related to me.  If you are one of those relative-type people and want a picture, let me know and make my Christmas shopping easier!
The only caveat that I have is that I haven't blown any of these up past 5x7 yet, so I can't guarantee there won't be an imperfection or two. (Someone, whose name we won't mention, may have gotten some water spots on her lens and not realized that it was on there until after taking some pictures.  They don't show up on a 5x7, and I don't think any of these have any on them, but I don't know that for sure.)
I'm sorry, but the halibut is not part of the giveaway.  As much as I know you'd all love to hang a photo of a dead fish on your wall, the resolution of that particular photo is just too poor.
*I don't really know if a miner lived here, but mining was done in the area, so let's go with it, shall we?
**I do know that a rancher lived here.
***There may be something wrong with me.  It bothers me that all the other pictures have two word names, and this only has one. Welcome to my blog home and my little neuroses!
Posted by Catholic Mutt at 5:00 PM

New comments are not allowed.